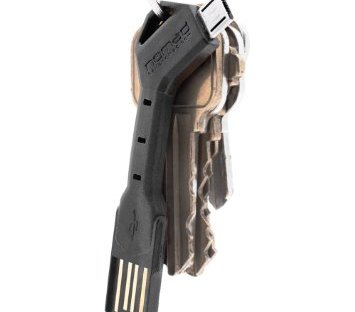 If you are anything like me then inevitably pretty much every time you are about to head out you check your phone and there is no charge in it. It’s a really common problem.  Even worse you are already out an you’ve just found that it’s low on charge and will run out before you will get home. You have that all important call and you just need your phone to be charged.  Yes I’ve been there a thousand times! Worse still they’ve just added the complication now that you have to power up your phone and laptop to prove they are real and work when going through airport security. No power and you’re phone/ laptop get taken away!!! 😦

Most people would say just carry an extra battery but to be honest I’m as bad at charging the spare battery as I am the phone itself.  If I could I’d carry the charger with me and plug into the nearest power point but the charger and cable are usually big and bulky.  Well a small and relatively unknown company called Nomad have come up with a couple of innovative solutions to the great big long charging cable issue. They have two offerings a ChargeCard and a ChargeKey.  When I got the email about them I thought really would they ever be that useful as there isn’t a plug with them but do you know what. I did end up with the ChargeKey on my keyring and I’ve already resorted to using it twice this week for one reason or another.

I opted for the USB to microUSB option rather than the iPhone version as most of my devices are non Apple devices so it will not only work with my tablet and phone but also my Kindle and pretty much every useful gadget I own. This has to be one of the single most useful gadgets I’ve had my hands on in quite some time. Now I just need them to bring out a laptop charger that is this small for those airport emergency situations. That or airports need to start having charging stations just before the security gates!

I manage partnerships, developer relations and influencers at digi.me. My role sits within the marketing department and I work regularly with other parts of the business including engineering and product. View all posts by Sarah Lamb

This site uses Akismet to reduce spam. Learn how your comment data is processed.

As featured in My Bump to Baby App!