I got an intruiging invitation to come along to the launch event for the HTC 10 mobile phone. This is the latest in what was formerly known as the HTC One M series of phones.

On arrival there were drinks and lovely food as well as a chance to try out the new HTC 10. Interestingly they couldn’t call it the M10 despite it following on from the M9… Apparently LG own that trademark but don’t seem to have anything out using it yet… The phone is slim, light, fast and the camera performed well in low light. I was impressed at what they had packed into such a slim device. It has fingerprint recognition and they tried to make a fuss about the audio quality but you couldn’t really try that out in such a noisy room. The camera and how slim and tactile it was were the things that impressed me most about this phone. It’s on my bucket list for when my contract is up for renewal in June. 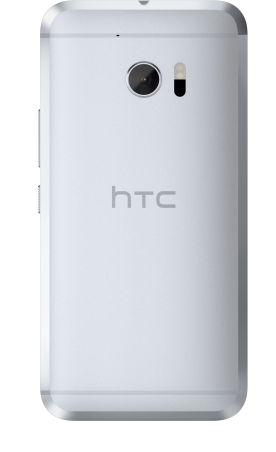 I asked a couple of difficult questions such as price and release dates and initially got the usual we can’t disclose that but eventually did hear pricing will be in line with the Samsung Galaxy S7 and that it is to be released on the 6th May but you can pre-order it now through retail outlets or on the HTC website. Personally I think it should be on May 4th but that’s just the geek in me coming out. I also asked about whether they were going to offer any bundles with their VR glasses and that was a no. I followed up asking if there were plans to integrate the phone with the VR glasses and got a more interesting response along the lines of I can’t say either way… Since their VR and phone technology are managed together internally I am tempted to think maybe something is on the cards.

They also had the Vive VR set up so I took it for a spin.  It was a truly fascinating experience. Initially I was a bit skeptical about wearing all the kit. It looked cumbersome and heavy however when you get it all on you find the glasses may look big and heavy are actually lighter than they look and the headphones give you another dimension with immersive sound to go with the immersive vision.  The hand controls are visible within the virtual environment which is a bit odd at first as it feels like you are bringing something real into a virtual world.

I walked around the whole of the virtual space peering over the edge of it and even tried pushing it’s boundaries. It was in one word amazing. I never expected a virtual space to feel so real and inviting. It was fascinating. HTC have teamed up with Valve to provide a host of VR experiences including games, drawing apps and much more. I tried out a diving experience, a drawing experience and a shooting game.  I have to say each one was great in a different way. With time I am sure there will be some really interesting uses for this type of technology.

It reminded me a lot of the concept of walking through your file system and selecting your program, file or app visually and then being able to manipulate that object in real time. I can only imagine where computer programming can go with this type of technology if it were used to build apps. For that matter imagine a world where you choose your car based on a virtual edition of it where you can sit in the car and open the doors, change the colours etc. Well that experience is already here. It’s just not mainstream yet.

The HTC Vive is available to pre-order now and I am sooooo tempted to get it. In the UK it is available to pre order for £746.60 but you will also need a super fast computer with a high end graphics card along with the space and power sockets in the right places so that you don’t have lots of trailing wires.

What is here now is amazing but I can only imagine where it will go in the next 3-5 years. VR is a technology space that has really got me excited about the future of technology. I have HTC to thank for getting me excited about it. (I tried Oculus and Galaxy Gear VR last year and they just didn’t really hit the mark but this is that next step that I had been waiting for.)

I manage partnerships, developer relations and influencers at digi.me. My role sits within the marketing department and I work regularly with other parts of the business including engineering and product. View all posts by Sarah Lamb

This site uses Akismet to reduce spam. Learn how your comment data is processed.

As featured in My Bump to Baby App!